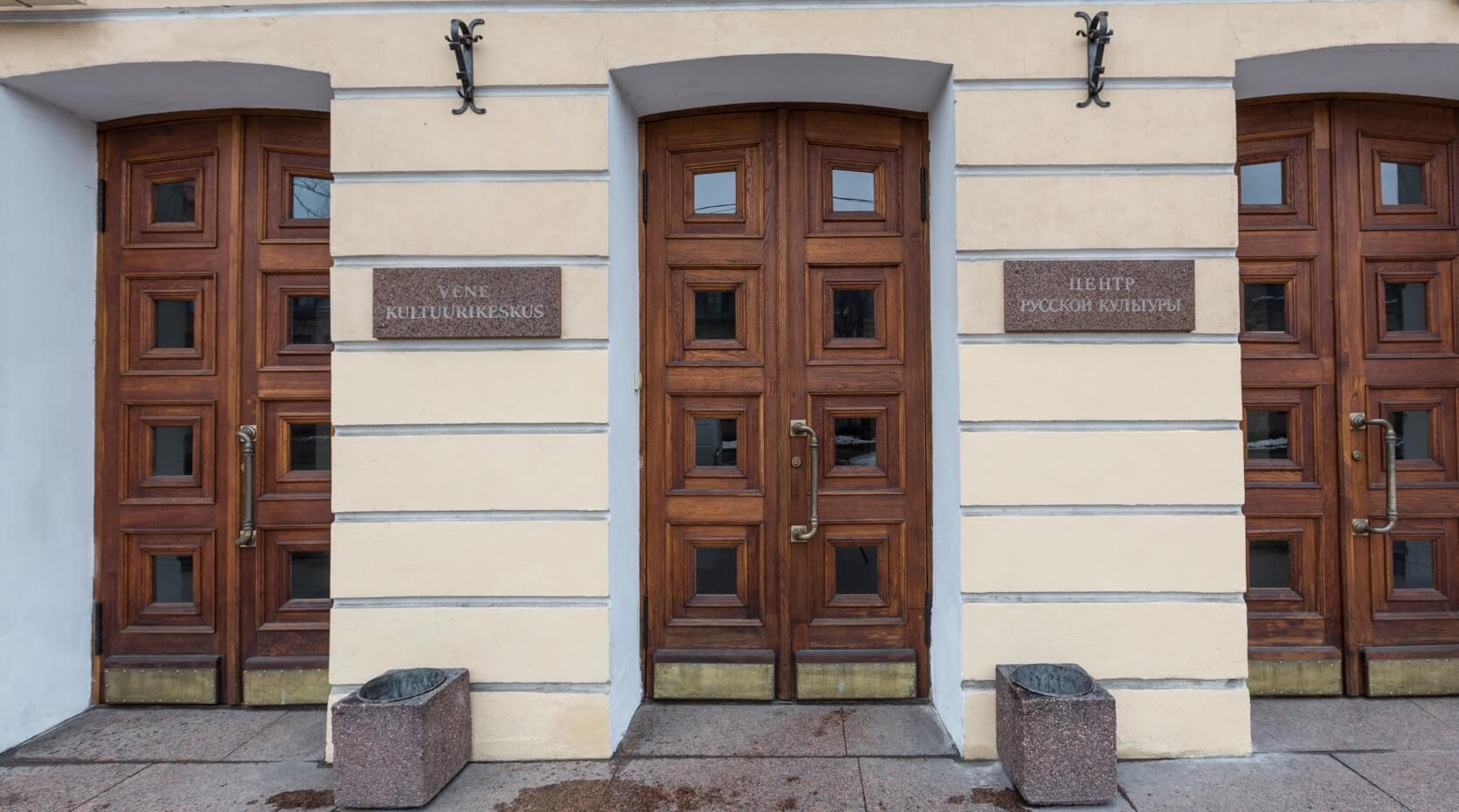 Mere pst 5 building, also known as the Officers' House, is an outstanding example of neoclassical architecture. In 1914, the Grand-Marina Cinema, later known as Ars, was built on the site of the current Russian Cultural Centre. The building also housed the Black Cat restaurant-cabaret. Next to the cinema was a two-storey residential building which had been built in the second half of the 19th century and was owned by the St Nicholas' Orthodox Church. Following the air raids of the Second World War, both buildings were left in ruins. 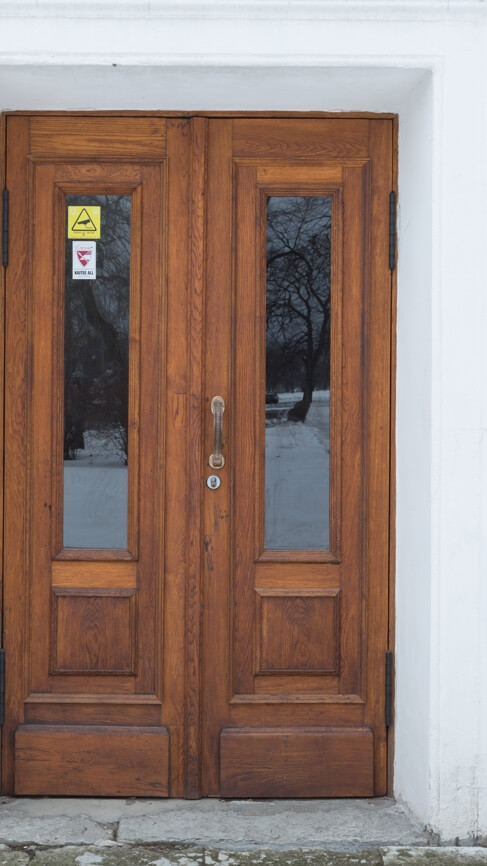 "In 1952, the building of the Fleet Officers' House commenced on the site. The building, based on the designs of A. Kuznetsov, was completed in 1954. The facade of the building featured a triangular frontispiece and six square Corinthian columns. The building's interior features marble effect, stucco and terrazzo elements that are characteristic of its period. Ceiling and wall lights that were brought from Moscow were similar to the light fixtures that were being installed in their new underground railway stations.

In the post-war years the Tallinn Officers' House, with its 1100-seat theatre and concert hall, was one of the most attractive buildings in the city. The basement, which now houses a restaurant, was the city's most popular dance hall. Its collection of naval art containing paintings and sculptures by well-known artists is still there today. The ceiling of the hall is adorned by a large painting of a war fleet."